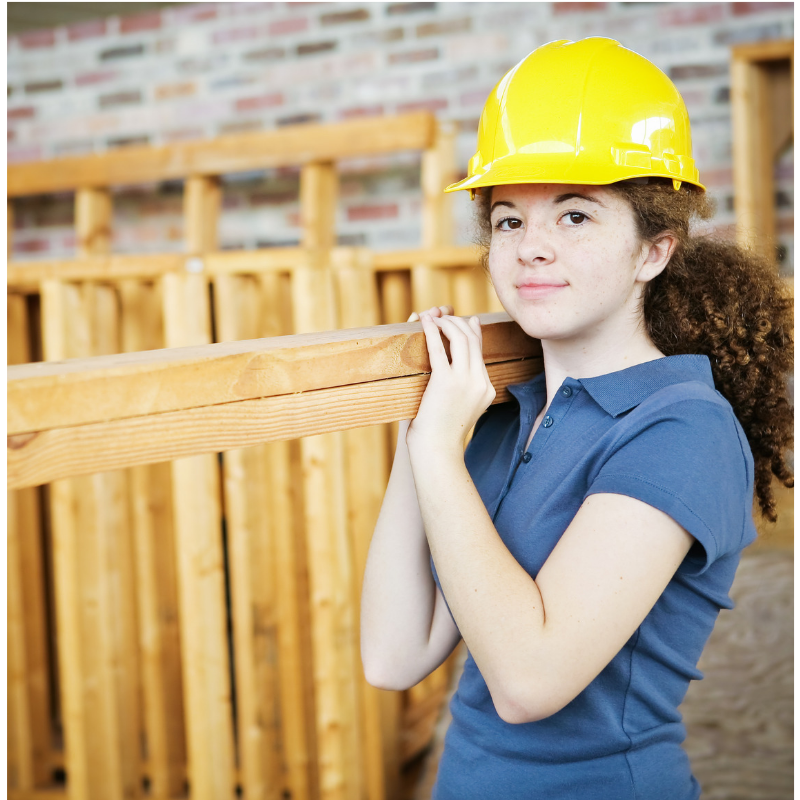 Four Reasons Why Teens Should Learn a Trade

In recent decades there has been a strong push in American education to prepare all high school students for college. Whether the intention has been to marginalize career and technical training or whether CTE classes have merely been collateral damage in the fight to raise academic standards and promote STEM courses, is unclear. What is clear is that fewer and fewer young people are pursuing careers as skilled tradespeople.

Considering 44 percent of employers report a talent shortage, it is fortunate that programs like the mikeroweWORKS Foundation and The Old House’s Generation Next are working to encourage young Americans to consider careers in skilled trades. Still, since the U.S. education system has spent decades pushing college, it will likely take additional encouragement to get teens and young adults to recognize the benefits of this alternative career path.

Here’s some encouragement parents can offer to a child who shows an interest in or aptitude for some form of skilled work.

1. Pursuing a trade degree doesn’t mean a mountain of debt.

The average cost of bachelor’s degree is $127,000, and 70 percent of students take out some form of student loan to help cover this cost. On average, borrowers graduate with $37,172 in debt. The average trade school degree, on the other hand, costs only $33,000 – less than what many four-year degree holders will still owe after graduation. Not only that, but students who earn a trade degree will enter the workforce at least two years sooner than those earning a bachelors, giving tradespeople a jumpstart on earning an income.

2. Thar’s gold in them thar pipes (or wires or trusses or commercial vehicles).

Okay, maybe not gold, but there is good money to be made. I have a friend who is a highly educated college professor. He makes a comfortable living, and of course he loves his work, but recently as we discussed his own children’s future career plans, it was my friend who raised the idea of pursuing a trade. He told me that every time he calls his plumber, the plumber answers his phone from his yacht.

Of course not every tradesperson will earn a yacht-buying salary, but there are a number of skilled professions that can pay upwards of six figures.

Tradespeople are free to roam the country or to stay put in their own hometowns. Of course certification requirements for most trades vary from state to state, but there isn’t a state in the union that doesn’t need plumbers or electricians or masons or most other skilled professionals. Having a marketable skill means having the freedom to live almost anywhere.

4. The trades are noble professions.

There is no single cause for the decline in CTE training in recent decades. However, without a doubt one factor has been an over-emphasis on four year degrees. College seems to be touted as the destiny of every high school student, and high schools often emphasize academics over skill.

For this reason, students who are less academically inclined are often placed in CTE classes whether they have an interest in those classes or not. Worse is that many high school trade classes have been over-intellectualized so that even in traditional hands-on courses, there is more book work than in previous years.

The message has been all too clear: “Academics are more valuable than physical or skilled work.” Fortunately there has been an effort to change that message in recent years and to restore dignity to trade education and tradespeople. Still, that message is going to have to be reinforced in classrooms and at home so that all students, not only those pursing a trade, will recognize the beauty and value of possessing a skill, of being able to make something with one’s own hands, and of offering a service that makes other people’s lives not only better, but in many cases, possible.

In the same way that college is not for everyone, neither are the skilled professions. To pursue a trade, students must posses the desire, the talent, and the determination to master their chosen skills. Yet, what a shame it is if some never do because they lack the same encouragement to pursue their dreams that university-bound students get to pursue theirs.