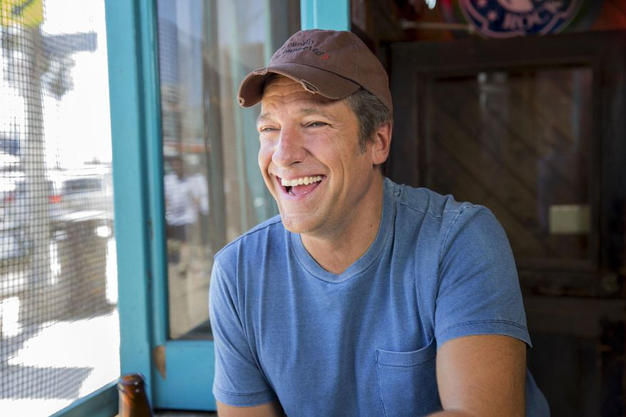 TV host Mike Rowe slams the idea that every student must go to a four-year college in order to secure a good-paying job as wasteful, misguided and — in a word — “crazy.”

“We’re lending money we don’t have to kids who can’t pay it back to educate them for jobs that don’t exist anymore, and that’s crazy,” says Mr. Rowe, the former host of the Discovery Channel’s “Dirty Jobs” who has a new show on the Trinity Broadcasting Network.

Make no mistake: He is the first to admit he’s on a mission to show his viewers there are plenty of opportunities for meaningful jobs, some offering six-figure incomes.

The problem, he says, is that the public school system has failed to tell students about such jobs and provide them the skills training to perform them. Instead, schools have done away with vocational training to focus on academic learning, creating a one-size-fits-all model of college-to-workforce that doesn’t recognize the real opportunities in the workplace and the real needs of society, he says.

“If you think about the impact of removing shop from high school, you can’t look at it simply as a budget thing,” says Mr. Rowe. “You have to look at it in terms of, ‘What better message could you possibly send to a kid who’s trying to figure out what’s important than by simply removing the entire discipline from consideration?’”

Mr. Rowe’s foundation, mikeroweWORKS.org, has awarded about 1,000 scholarships resulting in certifications for trades like welding, plumbing and carpentry. He repeatedly has passed along those success stories to Congress in hopes of spurring lawmakers to action.

“Mostly, I just tell them that you just need to do something to get beyond the union conversation and get beyond the politics flavor and seriously get parents and guidance counselors involved in challenging kids to think differently about the definition of a good job in 2018. You have to get at the root of it,” he says.

“People don’t want these jobs because they are under a lot of mistaken assumptions about what they pay and whether or not they’re good or bad jobs and all this other nonsense. And meanwhile we’ve got 11⁄2 trillion dollars in student loans. We’re still telling our kids that a four-year degree is still the best path for most people,” Mr. Rowe says. “So, I tell them [Congress] the same thing every year in a slightly different way.”